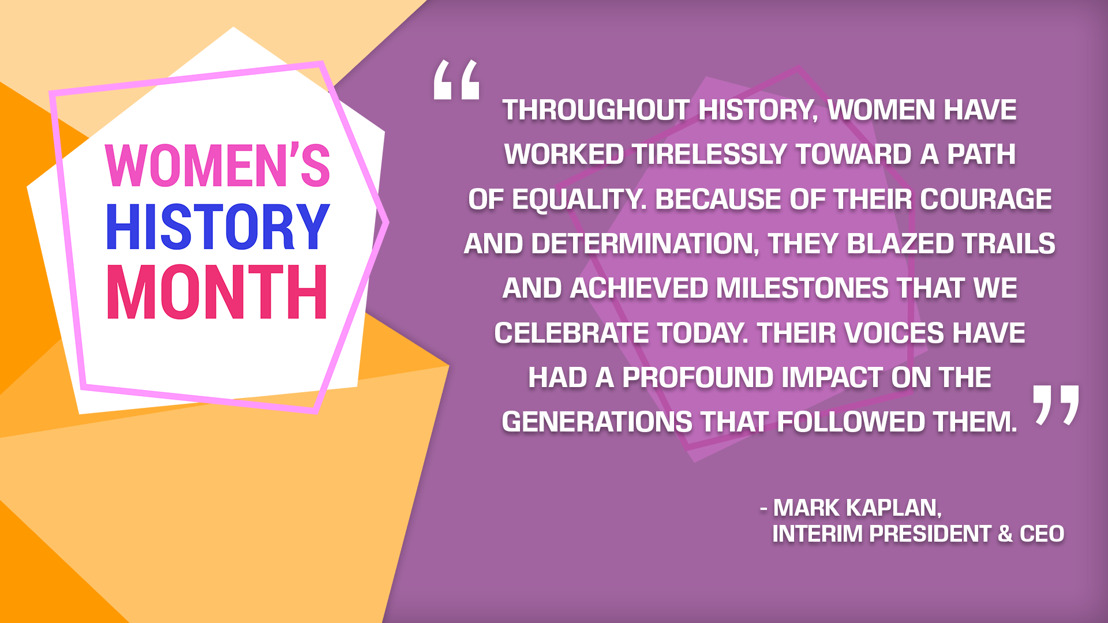 Women’s voices are powerful, important and deserve to be heard. As Women’s History Month begins today, we ask each of you to applaud the women around you as we celebrate their contributions and courage to overcome the challenges they have faced.

Throughout history, women have worked tirelessly toward a path of equality. Because of their courage and determination, they blazed trails and achieved milestones that we celebrate today. Their voices have had a profound impact on the generations that followed them. Many of these milestones aren’t as far in the past as we may think.

We want to see these firsts become seconds, seconds become thirds and so on until we have equal representation at every table.

We’re proud of the progress we’ve made as a company to support women, both within and outside of our organization. EmpowerHer, our Women’s Business Employee Resource Group, was formed last year and has already created impactful change.

Led by chair Emily Farah, the group has set up a mentoring program, held workshops and sponsored several women to attend leadership programs. EmpowerHer also helps us promote resources and awareness for the unique challenges women and parents can face in the workplace.

“Women belong,” said Farah, who also serves as regulatory legal counsel at DLC. “We belong in every industry from agriculture to utilities. We belong in the rooms where decisions are being made and in rooms where we see those decisions carried out. We’ve come a long way but are still working to reach our destination of complete equality for all women.”

As we recognize Women’s History Month and celebrate the contributions and accomplishments of women throughout history, in our communities and here at Duquesne Light Company, learn more about why equity and inclusion matter from sources like the National Women’s History Museum.