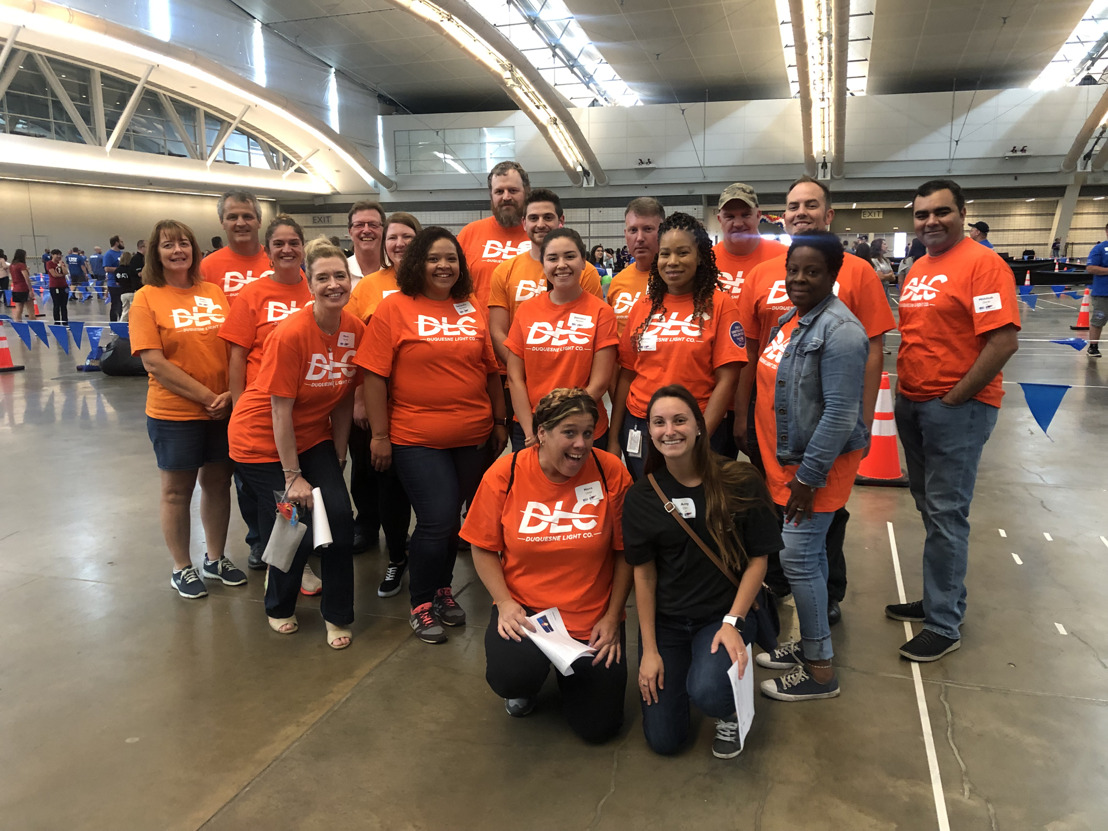 A group of nearly 20 Duquesne Light Company (DLC) volunteers spent an afternoon playing alongside and teaching children at the United Way of Southwestern Pennsylvania’s third annual “Games for Good” on Aug. 8 at the David L. Lawrence Convention Center.

Through fun, get-on-your feet activities, volunteers from across the Pittsburgh region helped teach the importance of healthy habits – including proper nutrition and maintaining an active lifestyle – to more than 700 participating children from the Boys and Girls Clubs of Western Pennsylvania.

During one activity, volunteers helped children build their own race cars using plastic bottles, bottle caps, straws and a balloon while applying simplified science, technology, engineering and math (STEM) skills. Once assembled, children could test out their newly built racecars on a track outlined by the volunteers using masking tape. The racecars were powered by a balloon that the children could blow up with air and release to gain momentum.

DLC volunteers also played a game of “nutrition bingo” with the children, where facts about fruits and veggies were read aloud for the children to accurately guess and mark on their bingo cards. In the final activity, everyone danced along to music and played games of volleyball, catch and keep away using balloons.

The United Way has held “Games for Good” for the past three years. The event brings together the area’s largest group of young professional volunteers to engage, challenge and inspire children from United Way partner agencies.