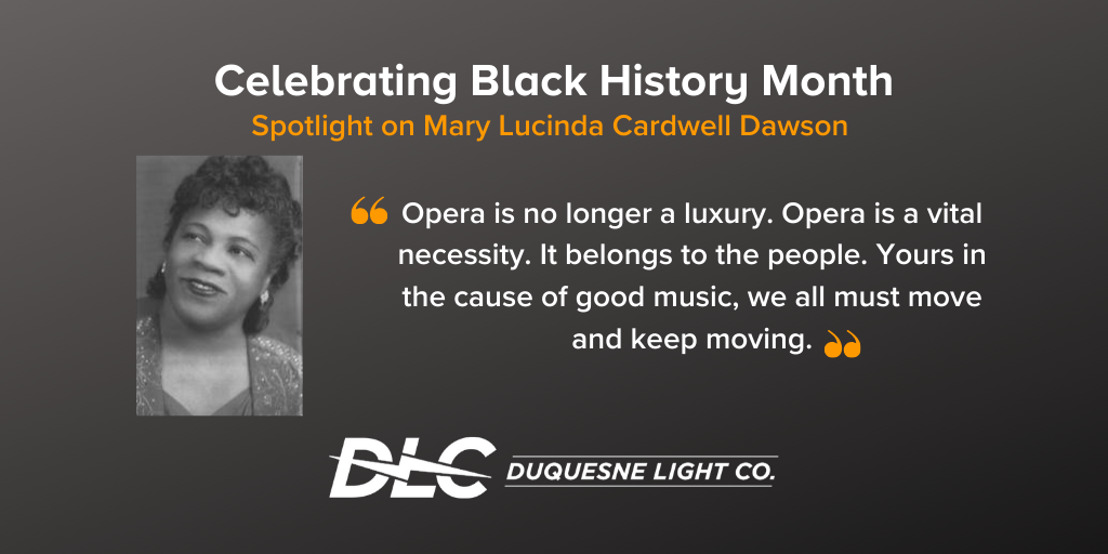 Mary Lucinda Cardwell Dawson was the founder of the National Negro Opera Company, the first African American opera company in the United States. Based in Pittsburgh, the Company’s building is now a historical landmark.

In the early 1900’s, Dawson’s family became a part of the African American migration from the rural South to the urban North when they settled in Pittsburgh. In 1925, she graduated with degrees in piano and voice from the New England Conservatory of Music. At that time, she was the only African American in her class.

For the next 14 years, Dawson trained hundreds of young African Americans to sing in operas. She directed a 500-voice ensemble, which won national awards in 1935 and 1937. In 1939, her students performed at the New York World’s Fair. She also organized opera guilds in Baltimore, Chicago, Cleveland, Detroit, Washington, D.C., Newark and New York.

Because of her work, many African American musicians went on to break barriers in opera and music, not only in Pittsburgh, but throughout the country.