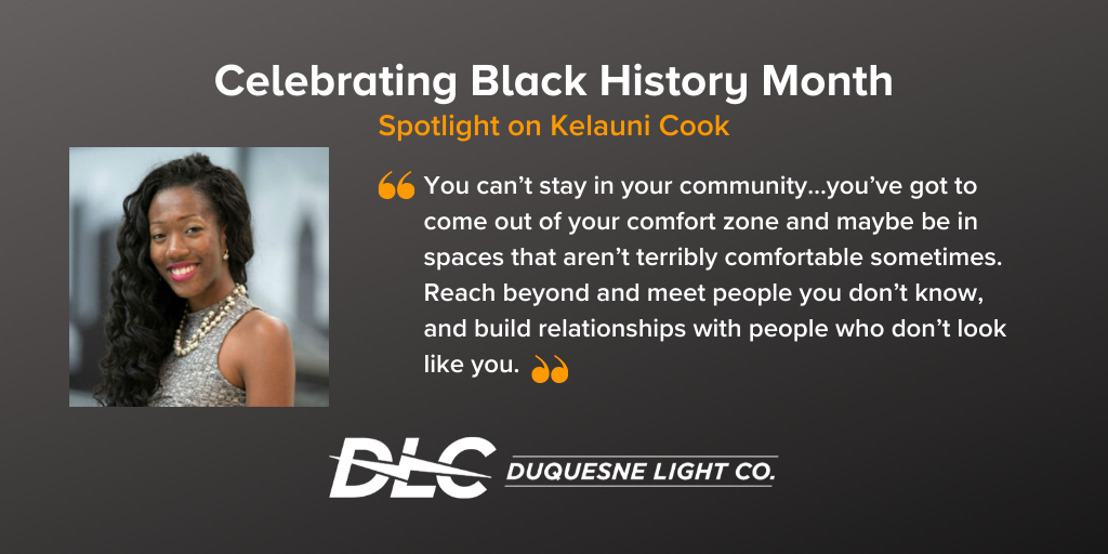 Kelauni Cook is a software developer and the founder and chief executive officer of Black Tech Nation (BTN), the first and only social good organization dedicated to growing a black tech ecosystem within Pittsburgh’s rapidly growing tech economy. She is currently the acting executive director of BTN and co-founder of a distributed technology education and consulting firm working out of Carnegie Mellon University’s “Project Olympus.”

Cook grew up in Chicago and attended Howard University in Washington, D.C. before moving to North Dakota, where she studied sociocultural anthropology. She then moved to Pittsburgh to learn coding at the Academy Pittsburgh Engineering Boot Camp, which is geared for professionals entering the tech field. Disheartened by too often being the only African American woman in a room of her peers, Cook now works to help Pittsburgh increase inclusivity in the tech field.

Cook’s goal, with the support of the community, educational institutions, local government and the tech sector, is to make Pittsburgh stand out in the technology space.